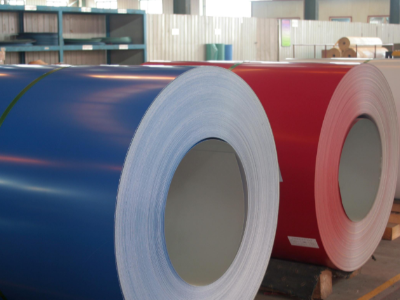 In China, the production of color coated sheets started relatively late, and the research began in the National Seventh Five-Year Plan. In the 20th century (early 1980s), several departments, such as metallurgy, chemical industry and light industry, entered into the scientific research and feasibility study on the production process and product application technology of organic coated steel sheets at the same time. It laid a solid foundation for the subsequent introduction of foreign production lines.


The first batch of color coated sheet production lines in China were introduced from the United States, Britain and Japan in the early 1980s. Mainly:

(2) Baosteel No. 1 and No. 2 color coating units; design capacity is about 400,000 tons, mainly producing color coating panels for buildings.

According to statistics in recent years, China still needs to import 700-800,000 tons of color coated steel sheets from abroad every year, which shows that the development of color steel sheets still has a large market in China.