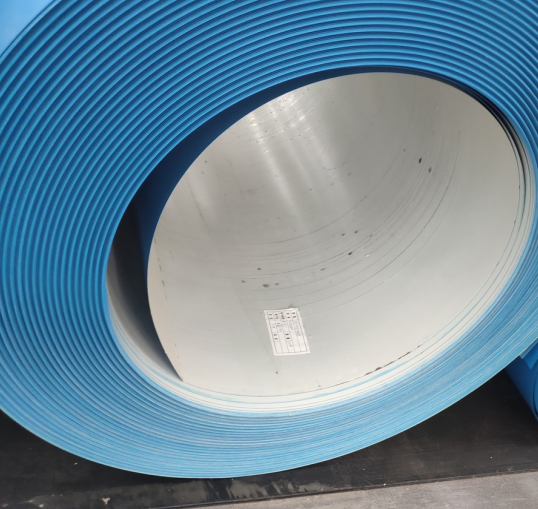 Domestic color coated coil manufacturers prices continued to stabilize. According to the monitoring data of Lange steel cloud business platform, the average price of 4-inch (3.75mm) welded pipe in key cities in China is 4120 yuan, and the quotation of leading cities is the same as that of last trading day. At present, the factory price of Hebei mainstream pipe factory is about 3750 yuan for 4-inch (3.75mm) welded pipe and 4400-4530 yuan for 4-inch (3.75mm) galvanized pipe. This week, Le rebounded from the bottom of the spot market, with relatively low prices in the early stage. This week, most of the price increases were made up, while the mainstream steel mills increased at the same time. The merchants' willingness to take the initiative to support the price is not strong, and the downstream replenishment enthusiasm is not high, resulting in poor shipping situation. In terms of resources, there are not many recently arrived resources, and the market supply is tight, which has a certain support for the price. In terms of transaction, according to the statistics of sample enterprises, this week's price is not good The average turnover was 1828 tons, with a decrease of 324 tons per week, a decrease of 17.72%; Inventory: as of the 18th, the inventory of Lecong cold rolling market was 555500 tons, with a decrease of 38800 tons per week, a decrease of 6.52%, and the inventory began to shrink further; mentality: most manufacturers of color coated coil were cautious, worried about the recent transaction, and whether the downstream demand in the future could continue the same as in the past They are more worried. Generally speaking, Lecong cold rolling market may be in consolidation operation in the short term.


Today, the factory prices of mainstream tube factories in North China continued to stabilize, and the overall turnover was average. Among them, the price of square tube could rise slightly due to serious inversion with raw materials. Affected by the epidemic situation in Beijing, the factory has strengthened the protection and control measures, and the truck drivers must wear masks, temperature detection and show the health code when they enter and leave the factory. In terms of the market, transactions in most areas have not improved significantly, especially in Beijing. Affected by the spread of the epidemic, thousands of people have been isolated due to individual confirmed cases at construction sites. Other construction sites have become more cautious in operation, the progress of construction sites has been slowing down, and the market shipment has been decreasing. Generally speaking, in June, the rainy weather in the South and the high temperature in Beijing continued, the terminal demand of color coated coil manufacturers continued to shrink, and the downward adjustment trend of short-term welded steel pipe prices remained unchanged.
【相关推荐】