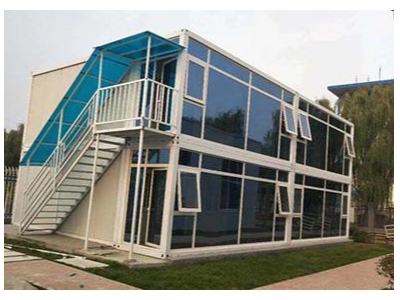 
At about 11:40 a.m., a reporter from the Chinese business daily arrived at the scene and saw that the wall was a brick wall, about 200 meters long. The traffic cone with the word "municipal eastern suburb" surrounded the accident site. The construction inside the wall is basically over, with bricks and other sundries stacked. The ground inside the wall is covered with green protective net, and there are some small bricks underneath. There is a bulldozer on the north side of the wall. The workers in the eastern suburb of the municipal government have removed the color steel plates surrounding the wall and placed them on the side of the road. More than half of the brick walls have been removed.

The reporter interviewed Mr. Yang, the head of the maintenance department of Xi'an Municipal eastern suburb maintenance management company, who was on the scene to learn about the situation. He told the reporter that the collapsed color steel plate was used to protect the construction outside the wall. "It's true that two color steel plates suddenly fell down and injured four passers-by. Now the injured have been rushed to the nearest hospital, accompanied by the project construction director to the hospital for examination and treatment."
Mr. Yang told reporters that among the four people hit by the color steel plate, there was a man of about 60 years old and a woman of about 60 years old. They did not have skin trauma, and may have hit the waist. They are taking pictures for examination. Another man and a woman look about thirty or forty years old. They just cry out for pain, which should be OK.
Constructor: the collapse of color steel plate is an accident and will be responsible for the injured
Mr. Yang said that the construction was from 8:30 to early morning at night, and the color steel plate was poured at about 9:40 a.m. "the wall belongs to Qinchuan plant, and we are responsible for removing the wall after the construction. In order to be safe, a layer of color steel plate was added outside the wall on the night of the 29th, but two pieces of color steel plate were poured on the morning of the 30th. The collapse was an accident. It may have been caused by the strong wind. It may also have been caused by the early market vendors who moved the color steel plate back because of the small location of the stall, which made it loose. "
"I arrived at 10 o'clock after receiving more information from the construction director." "We will remove the wall properly as soon as possible. The priority is to treat the injured. No matter what causes the color steel plate to fall, we will be responsible for the injured," Mr. Yang said
Mr. Bian, a staff member of the New Urban Emergency Management Bureau, said that they would urge the construction party to implement the investigation results as soon as possible and finish the removal of the wall as soon as possible.
Street office: 3 people have been discharged from hospital and 1 person will be screened for safety
At about 5:00 p.m., hansenzhai Street Office of Xi'an new urban area replied to the injury caused by the color steel plate. After verification, the project is a municipal road construction project of Qinchuan 30 neighborhood. It is planned to remove the outer wall of Qinchuan 30 neighborhood and restore the passage passage. The project was contracted by Xi'an north Qinchuan Group Co., Ltd. and constructed by the municipal eastern suburb maintenance company. The main reason for the enclosure dumping was the gale in the morning. The length of the dumping fence is about 140 meters and 4 passers-by are injured.
It is understood that two of the four wounded, aged 40, are husband and wife, and both of them are slightly bruised. After being treated by the hospital, they left at 12:00 am on the 30th; one 60 year old female was diagnosed as shoulder bruise after comprehensive examination by the hospital, and left at 3:00 pm after treatment; one 66 year old male was diagnosed as leg fracture, and was being treated in the hospital. The current mood of the wounded Stable, the municipal eastern suburb maintenance company has sent a special person to take care of and actively treat.
Hansenzhai Street office said it would do a good job in the follow-up work, supervise the construction unit to implement its responsibilities, and properly arrange and compensate the injured people. In the next step, we will mobilize and organize all construction sites in the area to carry out special screening of enclosure safety, eliminate potential safety hazards in time, and prevent such incidents from happening again.
【相关推荐】